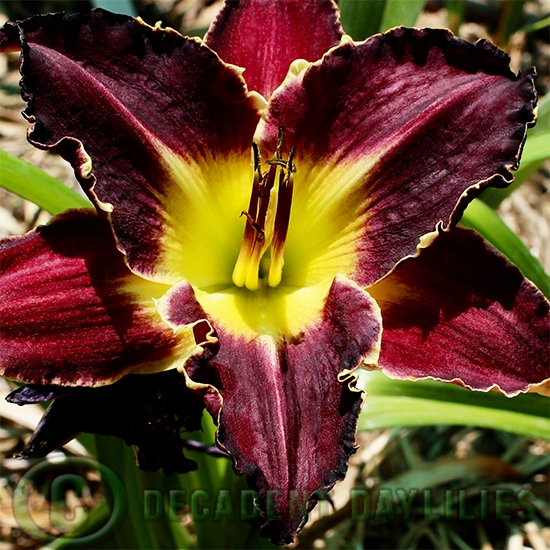 Notify me when this product is in stock

Daylily Bob Charman – I bought this daylily from Joan Charman along with Daylily Great White, many moons ago, it appealed to me because of it’s white sharks teeth edge on dark petals. Its a great contrast near black and white. This daylily actually starts out darker than the picture, because the photo was taken in 46C heat in afternoon shade the flower had faded. A short grower that is fertile both ways.